UX in a Nutshell and What User Experience Designers Do 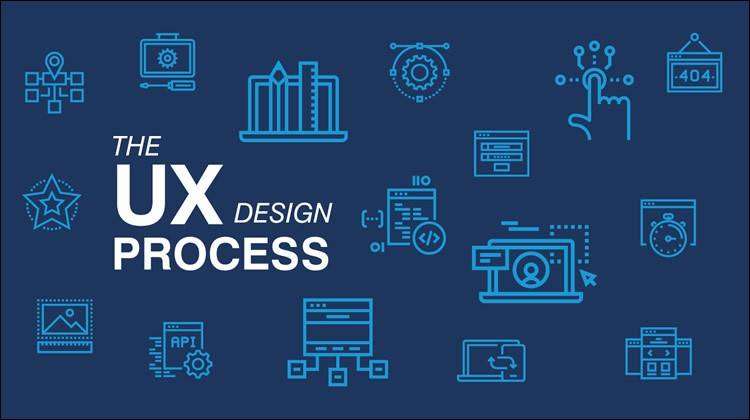 The context of our online interactions has dramatically changed lately, and in the recent
years we have encountered a significant shift in the field of technology; Information Age
has been replaced by the Experience Age.

In terms of web development, the most remarkable manifestation of this shift is the
emergence of a new field—user experience (UX) design.

User experience design grew out of web design, and while still too many people thinks it’s
just a new shiny name for the same old thing, UX design does indeed need a different
mindset, a broader methodology, and a handful of new tools.

As there’s a high demand for talented UX designers, in this article we’ll have a look
at what UX design is, and what you need to know if you want to become one.

There are three concepts that are frequently used interchangeably: user
interface, usability, and user experience—however they’re not the same thing.

Probably the most important thing to know is that UX is not UI; on this websiteyou can
download a “UX is not UI” poster in different sizes, just to keep a reminder
for yourself. Let’s quickly see a mini-glossary of these three terms.

A set of visual elements that allow users to interact with a website or an
application, such as buttons, icons, navigation elements, tooltips, user profiles, etc.

A qualitative measure of a UI that estimates its effectiveness. According to the Nielsen
Norman Group it’s defined by 5 components: learnability, efficiency, memorability, user errors, and user satisfaction.

The sum of the postive and negative emotions and attitudes a product invokes
in a user. The goal of UX design is to create as good experience in users as it’s possible by
making simultaneous use of multiple fields, such as visual design (UI design), business
analysis, marketing, content strategy, user testing, engineering, and others. 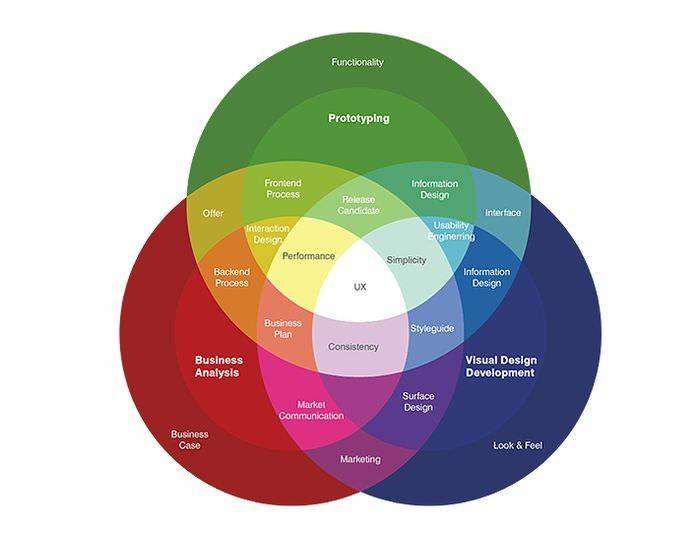 f you are interested in how practicing UX professionals define user experience, the User
Testing Blog has a great post in which they asked 15 professionals what UX design
really means.

On the screenshot below you can see one of these definitions, but the others are also
worth having a look at.

So how UX design is different from web design?

Do you remember the time when most website were static? And then dynamic websites,
offering a two-way communication, began to appear? The same thing has happened
in the field of design.

Web design is more of a one-way communication channel, the artwork of the designer, if you
will. UX design puts human-computer interaction into the focus, and makes designers
regularly analyze and reevaluate their designsbased on the measured success of this
two-way communication.

Apart from creating visually appealing designs, UX designers are also supposed to take user needs and business goals into consideration. They need to be aware of the
constantly changing context in which their design exists.

The job responsibilites of a UX designer are not set in stone, and highly depend
on the needs of the particular company.

Smaller organizations may look for someone who concurrently performs the tasks of an
UI and an UX designer (usually advertised as a UI/UX designer), while bigger companies
may further segment the field into the roles of UI designer, UX designer, interaction
designer, customer experience (CX) designer, and others.

Generally, a UX designer is responsible for the operation of the UX process.
According to UX Mastery, this process consists of the following 5 key phases:

The phases can overlap, and as it’s the user who is at the core of UX design, each phase needs to be validated by relevant user feedback, such as usabilitiy testing, A/B testing, and others. 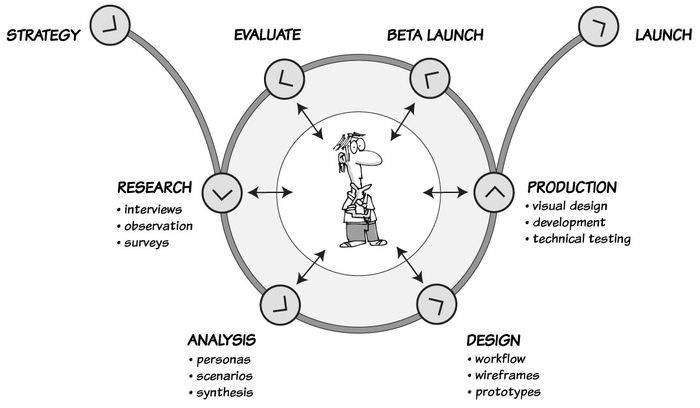 Note that many organizations use the Agile workflow in UX design as well, so more
often than not the UX process is implemented in an iterative way (with frequent beta releases).

In 2015, The Nielsen-Norman Group conducted an interesting research among UX designers
about the deliverables they regularly ship, and they found a great variety. You can
see the 11 most frequently produced UX deliverables on the chart below. 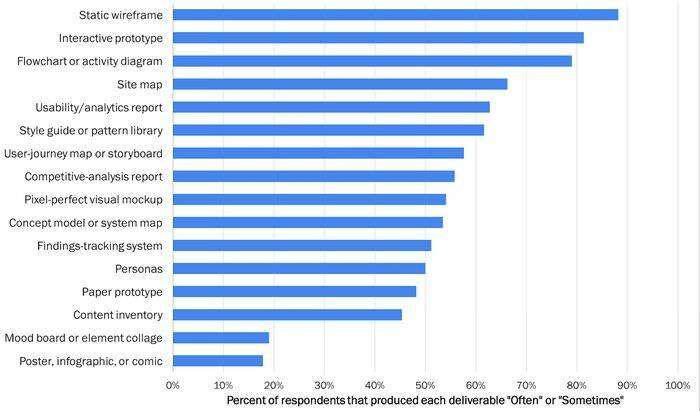 Some job ads require bachelor (rarely master) degrees, especially for senior positions, but
if you have the right skillset and some practice (and a good portfolio) as a
designer, you secure a UX designer job without a degree as well.

In addition, you can choose from many UX-related online courses where you can also
acquire the knowledge you need.

To be an UX designer, you need to be able to use different tools that are used in the UX
process, most importantly design and prototyping applications, such as Sketch, Balsamiq, Axure, Omnigraffle, Invision, or Adobe Illustrator. You don’t need
to know all of them, but it’s crucial to be proficient in a few.

Having a strong understanding of web technologies and principles, such as
design principles, mobile and desktop usability, native app experiences, web accessibility, and
others, is also an indispensable skill.

Whether UX designers should need to know to code or not is a debated topic, however most job
ads do require a basic knowledge of front-end development, i.e. HTML, CSS, and JavaScript.

Finally, user experience design is a field where soft skills, such as problem-solving, communication and collaboration skills, are also a real asset.